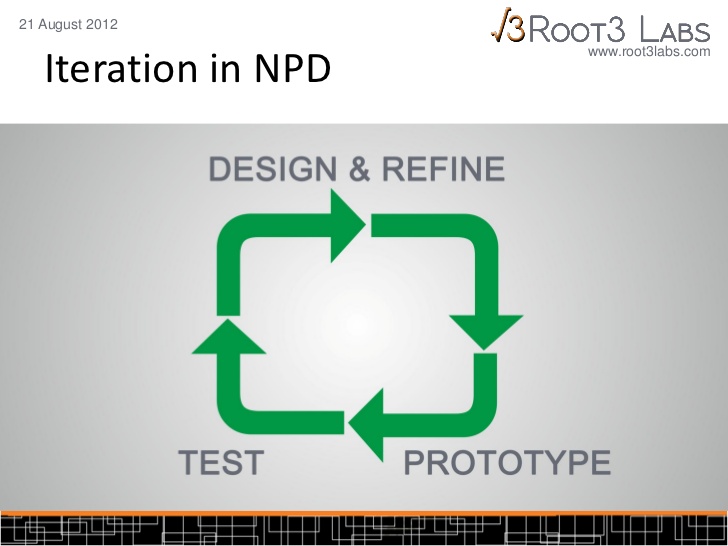 Recently, I gave a presentation at the Baltimore Lean Startup Meetup about how I’ve used rapid prototyping during the product development process to iterate, test, and refine the design in something akin to Lean Startup techniques. It was a great evening, with presentations about using Lean Startup techniques for process improvement in big businesses, improving patient outcomes from heart surgery, and moving a print company into the digital future.

Thanks to Sarge Salman and Casey Corcoran for organizing the event, and I look forward to catching up with the group in the future. Videos of the presentations are available on the Baltimore Lean Startup’s YouTube channel, and video of my presentation is also embedded below.

And, here’s the rough transcription of my presentation.

Hello, my name is Chad Schneider, and I’m a mechanical designer. I design electromechanical devices from concept through production for the medical, industrial, and consumer products industries. I’m going to talk about how I use various prototyping techniques to develop and refine a product during the NPD or New Product Development design process.

Not that long ago, a product designer had much more limited prototyping techniques for plastic part design. We could build models from clay or foam, which were cheap and quick, but not at all functional. Machined parts allow good functionality, but they are quite expensive per part and take a few weeks to build. If the part had living hinges or overmolded rubber, it might have been necessary to even create the injection molded parts for testing, which can take months and tens of thousands of dollars. Functional prototypes were therefore expensive to build and required long lead-times, so there was less iteration of the design before plunging into production.

Now there are a variety of 3D printing techniques to allow prototyping of plastic parts. Parts can be fabricated in real materials, even metal, and with multiple materials in one build. Parts can be turned around in hours or days and cost very little. A 3D printing machine can even be stationed in the designer’s office like a paper printer instead of requiring a machine shop. This results in LOTS of prototypes, LOTS of iteration, and quick lead-times to failure.

Iteration is important because for each successive cycle, we learn something we hadn’t thought of or we test a concept we’re not quite sure of. So, we design, prototype, test, refine, and repeat until we’re confident in the design.

I developed this handle for an espresso tamper and the related mold for casting it in concrete. Nice weight, an ergonomic design, and a warm texture would make this handle comfortable to use in a professional setting or consumer kitchen. I was just starting the design, so I didn’t know how the handle shape would feel, although I could make guesses.

So, I built a 3D-printed prototype, which cost about $25 and took 20 minutes to make because it’s mostly hollow inside. I could sand the shape and test how it felt in my hand.

I modified the design for a different shape. I also realized that with a single-cavity mold, it would take a long time to manufacture the components and the mixing and setup was the largest demand on time – so let’s not waste it.

I built the multi-cavity mold and assembled it. In this case, the production mold is made from 3D printed parts, although it could easily be CNC machined.

My manufacturing partner built the first units, with great success. Add dye or glass particulate to customize the finish.

Even after the first parts have been manufactured, I’m thinking about how I can improve the process. In this case, I’m trying to make the logo customization, a 3D printed component, making it smaller and less expensive by separating it from the base and making the base laser-cut acrylic.

I was part of the design team for development of a high-accuracy blood hematocrit measurement device. Hematocrit is a characterization of the amount of red-blood-cells in your blood. As part of that project, I designed a high-tolerance microfluidic pump capable of reliably transporting microliters of blood from the sample cuvette into the measurement window. Here is an image of one of the pump prototypes from an article I published about the design and of the UltraCrit device that it is inside.

At first, we wanted to simply choose from off-the-shelf actuators, like solenoids or micropumps, but they were too expensive and required considerable battery power over the test cycle. We needed an alternative. One day, I was hanging out with a few electrical engineers in the hallway as they were playing around with a sample of shape memory alloy wire that someone had bought as a kit. The wire works by shrinking between 3-5% when heated above its actuation temperature, which can be achieved simply by running current through it. The cool thing is that it’s incredibly strong for its size. So, I borrowed their new kit and started playing with ways I could use it as the actuator to move blood around.

I built so many prototypes for this design. I fabricated the main pump components from SLA and cast urethane. I used off-the-shelf springs, a machined metal insert, and an injection molded diaphragm. Oh, and neodymium magnets. What complex design would be complete without the magic of a couple of magnets? The SMA wire is actually quite delicate. It is so sensitive to temperature, bending radius, air cooling, stress and strain, return forces, and other factors that as I tackled one problem, I’d learn about two others. On top of that, it was for a medical device, so reliability was of primary importance. But, the prospect of such a simple and low-power pump was compelling, and we were making good progress, so we kept going.

By fabricating prototypes quickly and inexpensively, we could test and fail quickly. We could create multiple versions or slight variations to build at the same time to reduce lead-times. Unfortunately, it’s also important to know the limitations of the rapid prototyping processes in use. We learned the hard way about the thermal instability of cast urethane components, even after verifying the datasheets. Intermittent failures and inconsistent results can be tough to nail down. At some point, it can be worth moving into production techniques when putting a design through its paces.

Eventually, we figured out how to use the wires without overheating them, how to ensure accuracy and reliability, and how to manufacture and integrate the pump into the device. As I recall, the pump component of the project took the better part of a year and hundreds of prototypes and turned into much more of an ordeal than anyone originally suspected. But, the soft clicking of pumps as they ran through a million cycles each in a corner of the office was validation that the effort was worthwhile.