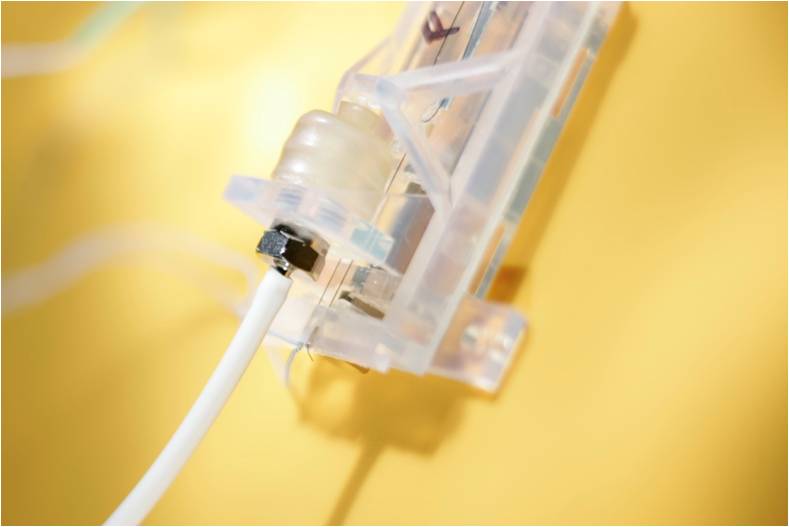 Here’s a link to an article I wrote for Machine Design Magazine describing some tips based on what I learned designing a shape memory alloy actuated micro-pump.

In 2004, I developed a micro-fluidic, “sip-and-spit” pump to move fluid within a hand-held device. I designed a pump instead of purchasing an off-the-shelf solution because I could not find an energy-efficient, low-cost actuator to satisfy the performance characteristics required. The pump is actuated using a pair of shape memory alloy (SMA) wires that contract when heated, driving the actuator back and forth per the micro-controller. I’d never worked with SMA’s before, and there was quite a learning curve to understand the both how the wire behaves and the conditions for failure.

A few years after the project ended, I published an article in Machine Design magazine describing everything I learned in the process. If you’re designing a similar SMA-based actuator, hopefully this information will save you a lot of frustration and development time. Having spent the time and effort to learn about these wires, I would happily use the wires again. Under the right conditions, they can be very robust, exceedingly inexpensive, and can be squeezed into a very small package.